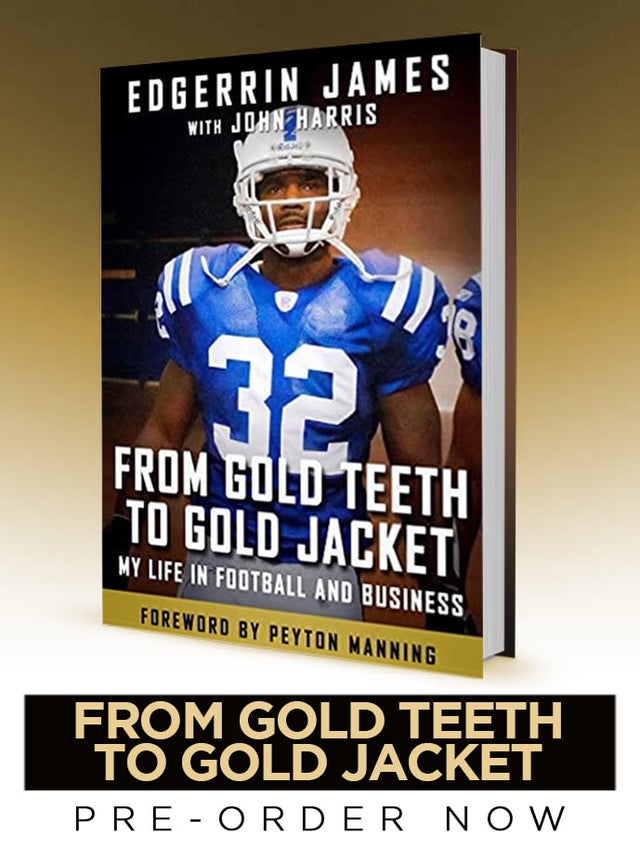 From Gold Teeth to Gold Jacket: My Life in Football and Business Hardcover

﻿Edgerrin James is a Pro Football Hall of Fame running back who starred for teams including the Indianapolis Colts and Arizona Cardinals after being selected fourth overall in the 1999 NFL Draft. Among the most astute businessmen in professional sports, he was AP Offensive Rookie of the Year and earned four Pro Bowl and four All-Pro selections during his illustrious career. He currently resides in Orlando, Florida.

John Harris is a journalist based in Austin, Texas. He has covered sports, culture, race and the executive search industry for the Philadelphia Inquirer, Tampa Bay Times, ESPN's The Undefeated, CBS Sportsline, Hunt Scanlon Media and others. Included among the major sporting events he has covered is Super Bowl XLIII, in which Edgerrin James participated.

Peyton Manning is one of the most recognized and revered players in NFL history. Taken number one overall in the 1998 draft, Manning played seventeen seasons in the league, winning two Super Bowls (one with the Indianapolis Colts and one with the Denver Broncos), was a 14-time Pro Bowler, five-time MVP, and will be inducted into the Pro Football Hall of Fame in 2021. A celebrity both on and off the field, he spent seven seasons as a teammate with Edgerrin James, where the two built a friendship that lasts to this day.